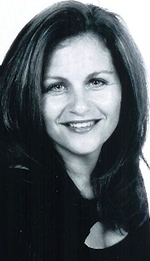 A Series of Spectacular Events is Scheduled in September for

Sharie Allen Kearns is proud to announce the official launch of the Betty Allen Ovarian Cancer Foundation (www.ovariancancerfl.org), a new force in the battle against ovarian cancer. The Foundation’s goal is to bring education and awareness about ovarian cancer, and to provide support to those affected by the deadly disease in Southwest Florida.

The foundation was created by Kearns on February 14, 2011, almost five years after her mother’s diagnosis of Ovarian Cancer stage 1C. Through her mother’s courageous battle and talking with women whose beliefs that a PAP smear detected ovarian cancer (which it does not), Kearns knew it was time to play an active role and form a foundation that would provide education, resources and support. Until an effective screening tool is developed, early detection of ovarian cancer will continue to depend on prompt symptom recognition leading to earlier diagnosis and improved prognosis.

“I am overjoyed to finally be able to launch this foundation in honor of my mother who continues to be cancer free and extremely proud to announce the impressive group of Southwest Florida community leaders that are serving as officers and board members.” Says Sharie Allen Kearns.

September is National Ovarian Cancer Awareness Month. Help us raise awareness, and wear teal on the first Friday in September, which has been declared National Teal Day. We invite you to join us on September 20th as Saks Fifth Avenue, located in the Bell Tower Shops, helps kick off our first “Shoe Away Ovarian Cancer” fundraiser. There will be music, hors d’ oeuvres, and a shoe contest. The winner struts out with a pair of Stuart Weitzman pumps! On September 29th, Handel’s Homemade Ice Cream & Yogurt in Bonita Springs will host our “I Scream For A Cause” fundraiser, donating twenty percent of the sales to our cause. Come join us for ice cream, basket raffles and music by 95.3 The River. For more information about their events, please visit our website at www.ovariancancerfl.org.

Betty Allen Ovarian Cancer Foundation is a 501(c)(3) charitable organization that was founded on February 14, 2011. Sharie Allen Kearns began the Foundation almost five years after her mother, Betty Allen, was diagnosed with Ovarian Cancer. The goal of the foundation is to educate women and girls about ovarian cancer, provide support to those affected by the disease, and to partner with the medical community to promote early detection and treatment. The foundation currently serves Lee, Collier, Glades, Hendry, and Charlotte Counties. For more information visit www.ovariancancerfl.org or call us at 239.935-8325 (YEL-TEAL).