CONRIC PR In The News

What started on a whim as two close friends reflected on the upcoming holidays after a round of golf, has grown into one of the most highly anticipated annual charity golf tournaments now celebrating its 25-year history in Southwest Florida, and raised hundreds of thousands of dollars to support local causes. The 25th Annual Paul Sands Memorial Slaw Dog Invitational will be held on Wednesday, December 15, 2021, at the Cypress Lake Country Club (CLCC). Organizers hope to raise even more money through event sponsorships this year to support local nonprofits.

According to Scott Fischer, co-host of the event and owner of Scott Fischer Enterprises, the tournament was the brainchild of his close friend, commercial real estate advisor Paul Sands.

“Paul wanted to bring our friends and business associates together to celebrate the holidays and raise money for kids,” said Fischer. “One of the things that makes the Slaw Dog so special is the way the business community truly comes together to pitch in to support and sponsor the event to help local kids in need. Paul Sands was a very giving guy, and nothing was dearer to him than family, friends and his beloved slaw dogs.”

When Paul Sands passed away in 2010, the Slaw Dog was renamed in his honor, and ex-wife and dear friend Lisa Farrell-Sands, Broker and VP of VIP Realty Group – Commercial, took over as co-host that December. Paul Sands was a rainmaker who had an award-winning career in commercial real estate, served on the boards of several prestigious local businesses and nonprofits. He served the community, believing it was important to give back. His passing was a huge loss to Fischer, Farrell-Sands, and the community.

Fischer met Sands shortly after he moved from Ohio to Fort Myers in 1987 to run a Harley dealership. The two became fast friends and business associates. “Paul had a huge sense of pride, was very patriotic, and an incredibly loyal friend, beyond anything you could ever imagine,” recalls Fischer.

Both Fischer and Farrell-Sands fondly remember him for his quick wit, charisma, and a hankering for slaw dogs. “Whenever we would go out to eat, he would always ask for a slaw dog and people would look at him puzzled and ask what it was,” said Fischer.

“Scott and I would sit there with our heads down, and hands on our heads because we knew it was coming,” said Farrell-Sands.

“Paul would then tell the server how to do it right, how to make a real slaw dog. So, when we were going through the process of putting the event together, and wondering what to call it, Paul said we should call it the slaw dog, make everybody eat them, and make everybody love Carolina slaw dogs. Paul just relished in the fact that he got all of these people to eat slaw dogs at the holidays,” laughed Fischer.

To this day, dinner at the end of the Slaw Dog tournament remains a Carolina dog, grilled and topped with hearty beef chili (no beans!), creamy coleslaw, and chopped onions. “Everybody loves it!” said Fischer.

The tournament is traditionally held in December at Cypress Lake Country Club (CLCC) where Fischer became a member early on and convinced Paul to join. He says local business professionals are attracted to membership at CLCC because it’s not a golf community or a country club, but a golf club.

Fischer often reflects on that day just over 25-years ago when he and Paul sat on the porch at CLCC to share their passion for giving, golf, good friends and slaw dogs. “Here we are 25 years later and it’s still going strong,” said Fischer. The first Slaw Dog Invitational raised $5,000 and in 2020 it raised a record $72,500. Fischer hopes the event can raise $100,000 in its 25th year.

The tournament sells out each year. In fact, as some golfers have aged out over the years, their adult children quickly claim the coveted spot to play in the Slaw Dog Invitational. “Players love getting a day out of the office to celebrate the holidays and celebrate the life and memory of their dear friend Paul Sands, all while helping local youth in need,” said Fischer.

“I think I’ve played in all but one over the past 24 years,” said Rick Krichbaum, President of Marquis Wealth Management Group. “We do it in memory of Paul, in support of Scott, and we do it because of the beneficiaries of the event. Aside from the cost of the golf and the food, 100 percent of the proceeds go to support local kids.”

As the tournament evolved, organizers began to look at different ways to provide funding. Sands was passionate about the Real Estate Investment Society (REIS) Scholarship Fund at Florida Gulf Coast University (FGCU) and helped to grow it, and Fischer is a founding member of the Board of Directors for Blessings in a Backpack Southwest Florida. These two organizations have become the annual fundraising recipients. This year, Valerie’s House will also benefit from the proceeds.

“I have a drawer of Slaw Dog t-shirts, probably my most scientific way of figuring out how many I’ve been to,” laughed H. Shelton Weeks, Lucas Professor of Real Estate, Lutgert College of Business at FGCU. “I’ve been going for a long time and my involvement is directly related not only to REIS but to Paul Sands and everything he was involved in. For me, it’s one of the more impactful tournaments and helps many students.” Not only do the recipients of the Paul Sands REIS Scholarship Fund get a financial benefit, but they’re also invited to REIS meetings for a year where they are offered support, internships, and sometimes jobs.

Blessings in a Backpack helps feed children on weekends for an entire school year so they can return to class every Monday morning with a full stomach and an eager mind. “With more and more families facing food insecurity, generous donations from the tournament help provide tens of thousands of meals to local children in need,” said Executive Director of Blessings in a Backpack of Southwest Florida Cecilia St. Arnold. “No child should have to go hungry.”

Generous donations have helped to surpass the event’s annual fundraising goal of $20,000. Last year, David and Charlyn Veracka, representing the entire Rockstar Harley-Davidson family, upped the game by donating $50,000. As a result, local children’s charities benefited from the $72,500 raised through the 2020 event. In 2021, Veracka has committed to matching up to the first $50,000 raised and hoping to set another record.

“Nonprofits need our help more than ever,” said Farrell-Sands. “Every bit of the money comes from golfers and sponsors and is given right back to our local community.”

Slaw Doggers work hard, play hard and support generously to local causes. Through the years, organizers have raised almost $400,000 to support young people in our community.

“As we celebrate our silver anniversary, let’s go for the gold, go BIG or go home and beat last year’s numbers to make an even greater community impact,” said Fischer. 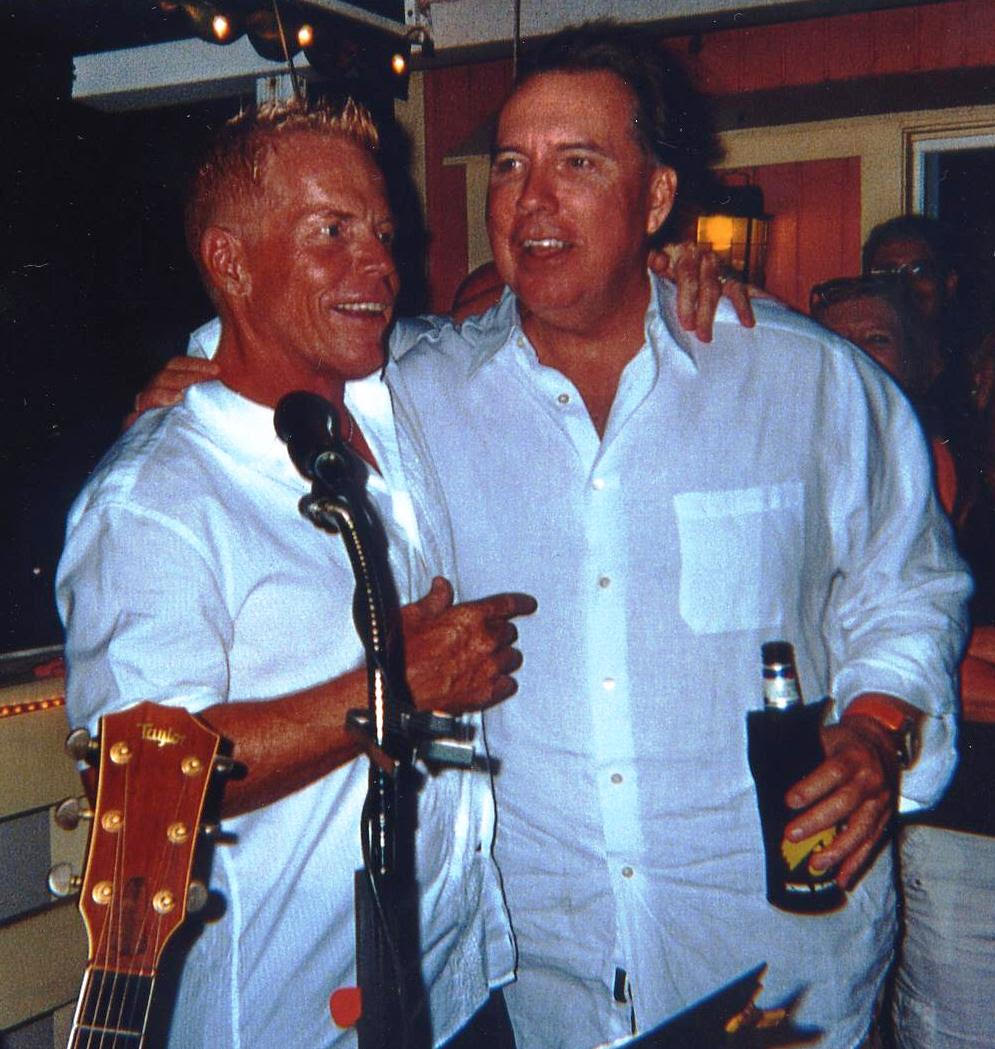 The Paul Sands Memorial Slaw Dog Invitational is an annual tournament held every December at the beautiful Cypress Lake Country Club in Fort Myers to benefit youth charities in Southwest Florida. Paul Sands, a prominent community figure and successful commercial real estate broker with a love for slaw dogs, initiated the tournament with a desire to help local youth around the holidays. Today, his dear friends Scott Fischer and Lisa Farrell-Sands continue the event in his memory. It has since grown to be one of the most impactful and highly anticipated tournaments in the area, raising nearly $400,000 since its inception in 1996.